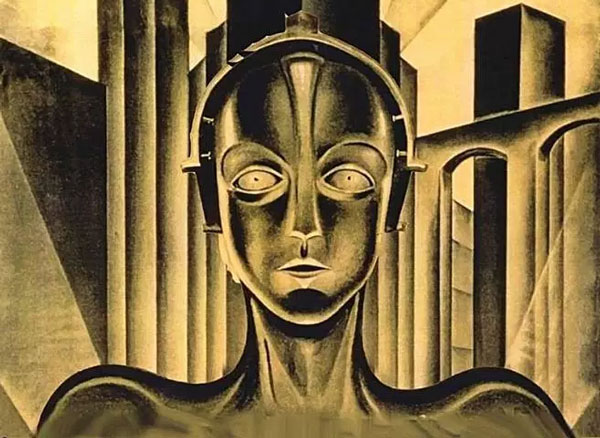 Posted at 17:42h in ARD 415 Ideas and Concepts, Uncategorized by Beata Skorek 0 Comments

Few films have been made that could boast of such a rich history as “Metropolis”. Filmed in 1927 in Germany, this picture appeared on the screens of cinemas many times, in dozens of different versions. Lang’s work is also one of the first science-fiction movies. The production, realized for a dizzying sum of six million German marks, was a spectacular financial disaster. It was close to bankrupt the famous “Universum Films”. People were coldly received, which started one of the currently most popular film genres. Today, almost a hundred years after the premiere of “Metropolis”, this picture is considered one of the greatest achievements in the field of cinematography.

In the futuristic city of Metropolis, people are divided into two groups. Thinkers, and therefore the higher caste of society, inhabit the upper part of the metropolis, while the workers, i.e. the poor class, must be content with living underground. Once, Freder, son of the mayor of the city, dares to go down there and see how the people are doing. There she meets Maria, the founder of the resistance movement, which aims to provide everyone with equal rights. Meanwhile, the inventor Rotwang creates a robot with the appearance of Maria, who goes underground and incites workers to revolution. The inhabitants of the lower part of the city do not know that by participating in the strike they are digging their own grave …
We are dealing with silent cinema, so all spoken issues are presented to viewers on separate boards. And the content of some dialogues remains simply unknown to the viewer, he must guess what the actors want to show through their facial expressions and gestures. That is why nowadays all this may seem slightly comical … but nevertheless, it has its specific charm.

The creations of the actors and the level of their play leave very little to be desired. The heroes they play are interesting and convincing characters. The best impression is made by Maria, in which the workers believe as a deity and the cold and steadfast John Fredersen.
Brigitte Helm had two roles in the film – the aforementioned Maria and Robot Futura.

The film has a perfectly prepared musical setting. Songs played in the background very well fit into the background and are ideally suited to the nature of the scenes that appear on the screen at any given time. Of course, the best feelings are created by melodies designed to build an atmosphere of horror, but calm, piano notes can also be pleasant to the ear, especially when their task is to cool the tension after the past stage. The musical setting is undoubtedly one of the film’s strongest points.
Applause for the creators for the set design. The city of Metropolis makes a very good impression even now, almost a hundred years after the premiere of the film. Interesting is the fact that the creators already showed extraordinary ingenuity by using various types of optical illusions