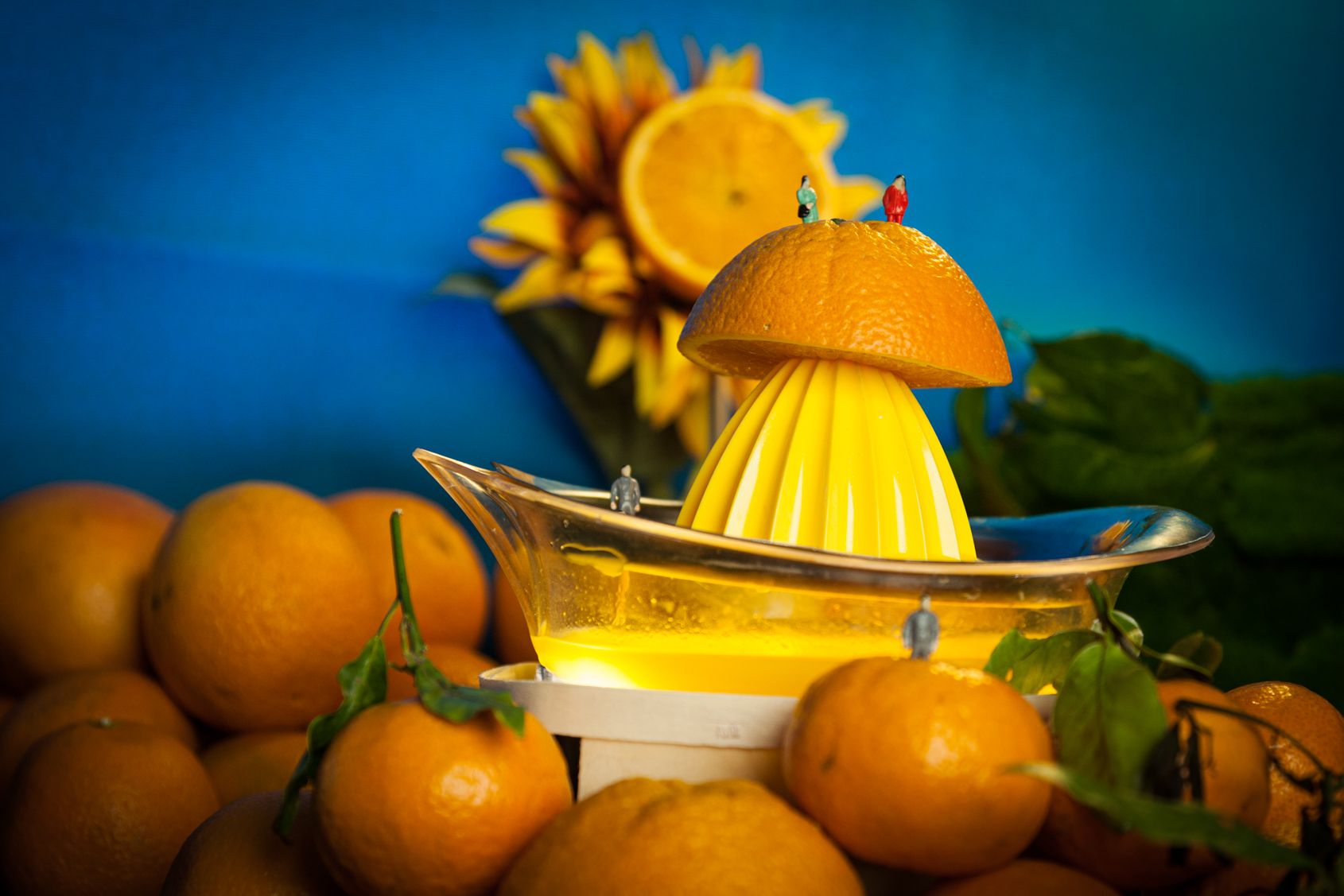 Posted at 14:51h in ARD 415 Ideas and Concepts, Uncategorized by Beata Skorek 0 Comments

A long, long time ago, there was a wonderful land in the south where the sun could shine as much as it wanted. Beautiful trees were growing there, in which fairies lived, who, in gratitude for the warmth and light, showered those trees with flowers that smelled as beautiful as anything else in the world.

One day, the sun said to these fairies: ” For those wonderfully fragrant flowers that you conjure up for me every year, I will bring you bees, which of these flowers will conjure up fruits similar to me, and people will love you for these fruits as you love me.”
Sun, as it said, did so. Bees pollinated the flowers, which gave rise to the best fruits in the world. Wonderfully orange and golden balls like the sun. Fairies, however, could not squeeze the juice of round fruit. Worried said the sun, that they are too weak to conjure all creatures as much juice from these wonderful fruits as the sun produced. Sunny thought for a moment and then asked his friend the wise wizard Macgyvernor to help the fairies in trouble.

Macgyvernor quickly got to work. After a few weeks, strange ships with strange yellow fairy pyramids appeared under the fairy trees, when they saw it, they were very happy. The elves of the neighbour called to help and together, to the joy of all creatures, began to squeeze the best juice in the world. The juice of the sun.

The solar fairies were very happy that the juice from the beloved fruits of the sun can now flow in a wide stream to all beings, which is why they decided to give this invention to people. Since then, all people drink wonderful freshly squeezed citrus juice.