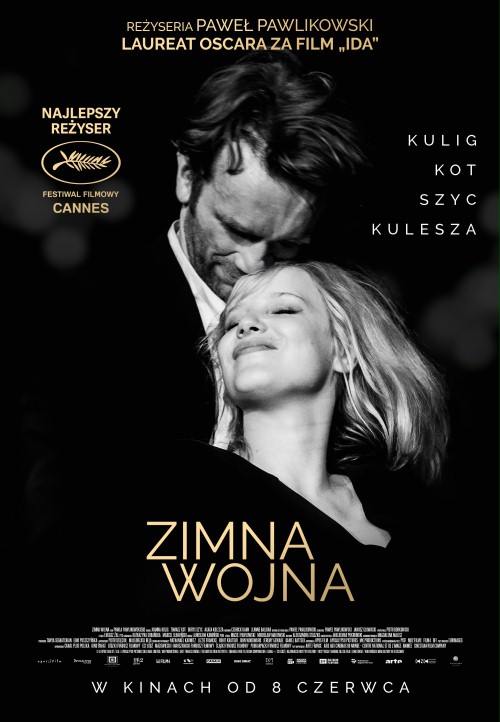 Posted at 13:05h in ARD 415 Ideas and Concepts, Uncategorized by Beata Skorek 0 Comments

Paweł Pawlikowski took the best director for his film Cold War, a love story set against the backdrop of 1950s Poland. Backed with National Lottery funding via the BFI Film Fund, this is Pawlikowski’s first film since 2013’s widely acclaimed Ida and marks the fifth successive year that BFI-backed films have won awards at Cannes, following Mr. Turner (2014), The Lobster (2015), I, Daniel Blake and American Honey (2016) and You Were Never Really Here (2017).

“Our congratulations to Pawel on this recognition from the Cannes jury for his breathtaking Cold War,” says Ben Roberts, Director of the BFI’s Film Fund. “We are proud to have supported Pawel, his co-writers Janusz Glowacki and Piotr Borkowski and producers Tanya Seghatchian and Ewa Puszczynska on this exemplary co-production. Gratulacje!” (https://www.bfi.org.uk/news-opinion/news-bfi/features/cannes-2018-prizes-announced)

The film is a universal story, showing the battle of feelings and impossible love. At the same time, he tells a piece of Polish history, shows what the “cold war” looked like, which was not, but which in practice destroyed human lives.
The main characters of the film are Zula and Wiktor, a young girl seeking happiness in the emerging folk group “Mazurek” and a mature man, pianist, her instructor. “Cold War” is a story based on Polish folk music, with jazz and songs of Parisian bars of the last century in the background. A film about the love of two people who cannot live without each other, but at the same time cannot be together. The action takes place in the 1950s and 1960s, including in Poland, Berlin, Yugoslavia, and Paris.
This movie is a pursuit of something that slips away. His beauty is deceptive. What was false and evil in that world is connected with love affection. Life in Poland in those years cannot be condemned to oblivion. “Cold War” creates an intellectual version of the myth of this life