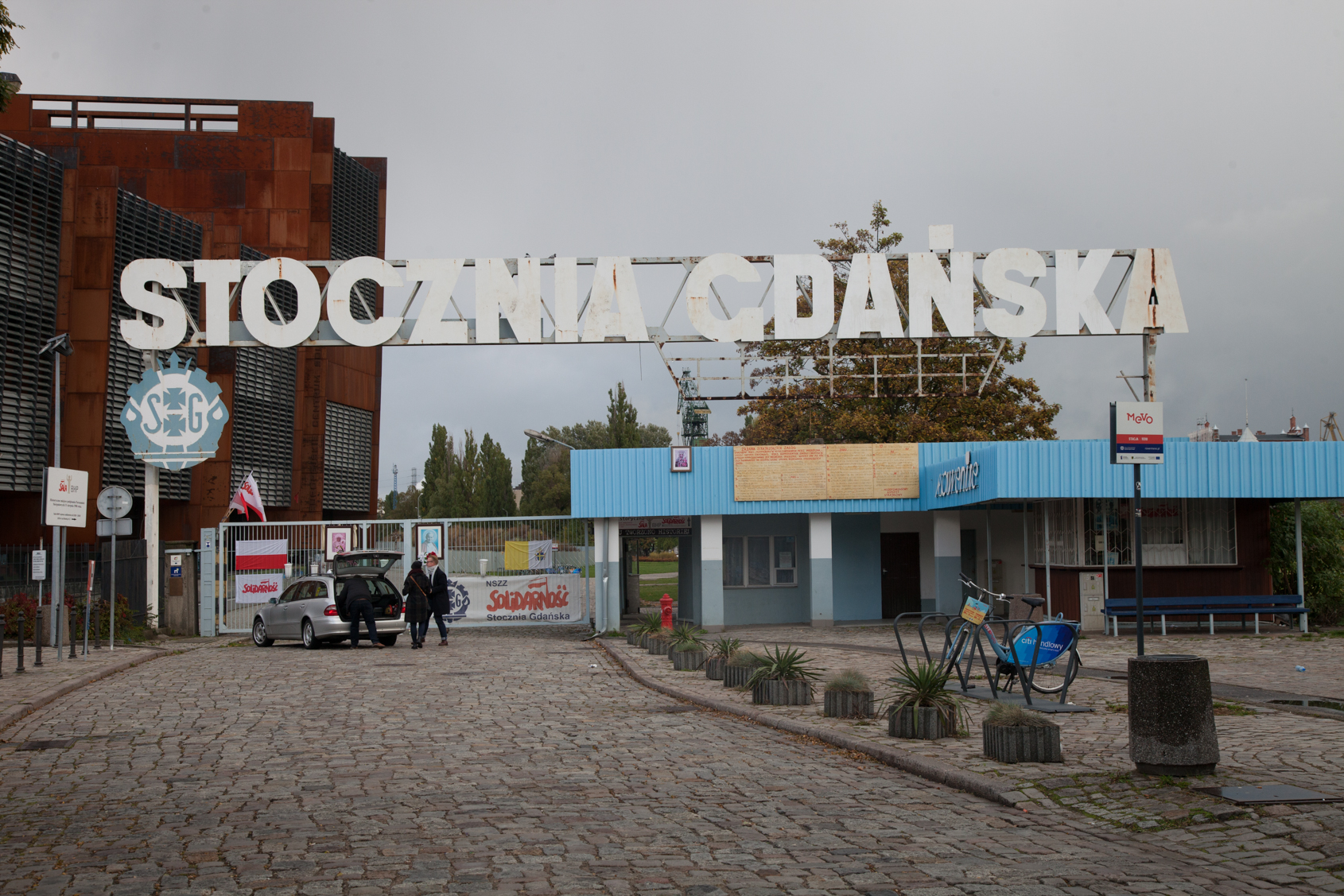 The European Solidarity Centre (Polish: Europejskie Centrum Solidarności) is a museum and library in Gdańsk, Poland, devoted to the history of Solidarity, the Polish trade union and civil resistance movement, and other opposition movements of Communist Eastern Europe. It opened on 31 August 2014.[1] The design of the building, by Polish firm FORT Architects, was the winner of an international competition held in 2007. The walls evoke the hulls of ships built at the Gdańsk Shipyard.[2] Construction started in 2010. It was completed at a cost of 229 million złoty, of which 113 million złoty[1] (38.4 million euro)[2] was provided by the European Union, and the rest locally.[1]