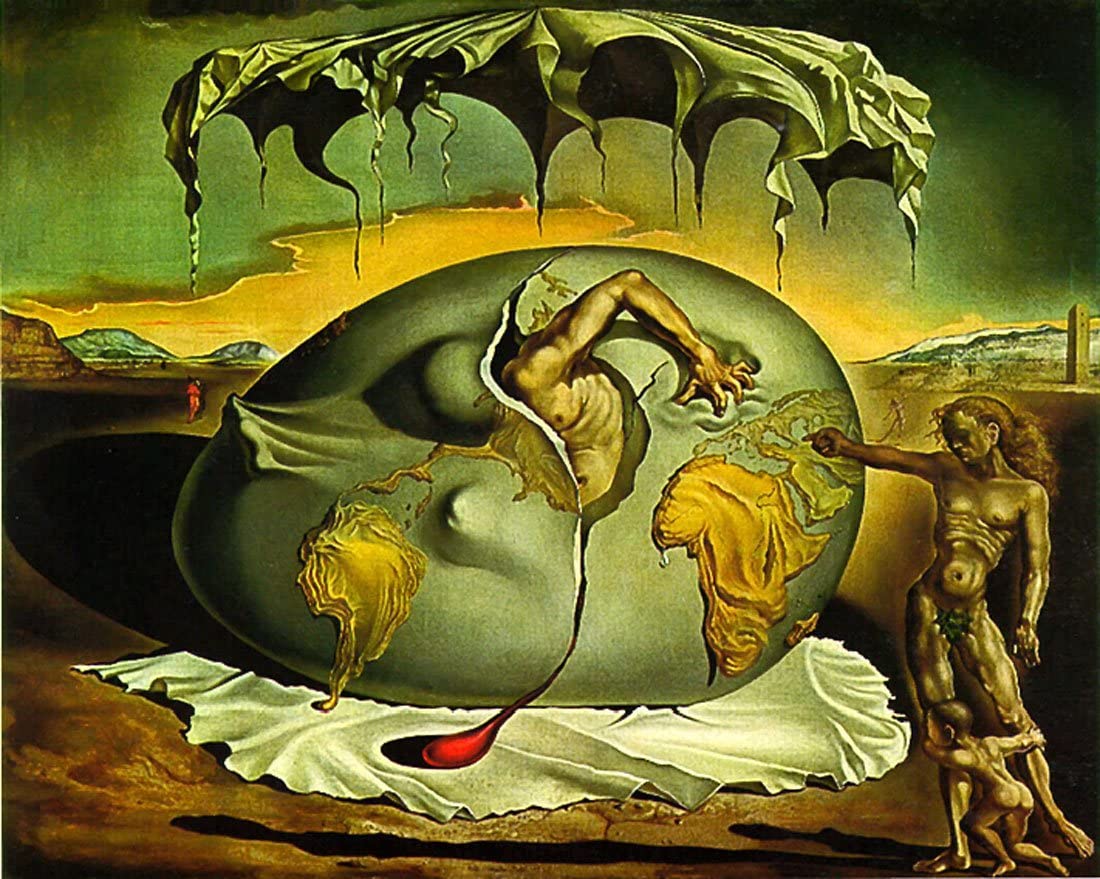 During our trip around Catalonia, we visited Figueres. To be so close to the place where one of my favorite artists was born and not visit him, sin would be unforgivable. We took the train to Figueres from Barcelona. The journey lasted two hours. The whole city pulsates with Dali’s surrealism and creativity.

Dali’s art became a trademark during his lifetime, a great media icon.

His painting “The Persistence of Memory”, also known as “Soft Clocks”, has become a symbol of surrealism. This image was made when Dalí, after the dinner was over and the guests had left, sat and thought about the softness of the Camembert cheese that was lying on the plate. In his studio, there was an unfinished painting of Spanish rocks, the sea, and a withered tree. Dalí knew that this painting needed to be finished, that the atmosphere of the painting would be a good background for something. At one point, he saw two soft watches hanging on the branches of a tree. He finished the painting and thus one of the most famous works in the world was created.
Apparently, he once said, “I hatched from an egg”. Salvador Dali, an outstanding Spanish painter, surrealist and eccentric, very often used the egg theme in his work. There was also a famous photograph taken by an artist friend, showing a painter locked in an egg. “

In the 1940s, Dali began to define himself very strongly as a committed Catholic,” says art historian Dr. Iwona Luba. “We can interpret it that the egg hatches as a completely new human after transformation, death, and rebirth”
egg as the beginning of the world and as an indication of certain world order, yolk as the nucleus of all things. This code is very readable. It is also a combination of these mythological meanings of the egg, also alchemical. The egg is something that lies at the root of the philosopher’s stone, wisdom, and the yolk as the seed of gold in the alchemical process. At the same time, Dali refers to a tradition that is common to various pagan and Christian beliefs. After all, he comes from Catalonia, which is a Catholic country, and the nod to the native audience is also clear. Simply put, the egg is a symbol of life and has also been introduced into Christian symbolism, in connection with Easter, as a certain sign of Christ’s rebirth. A white shell is a sign of purity and no sin, so there are a lot of these codes here. He also had a lot to reach for at the starting point.