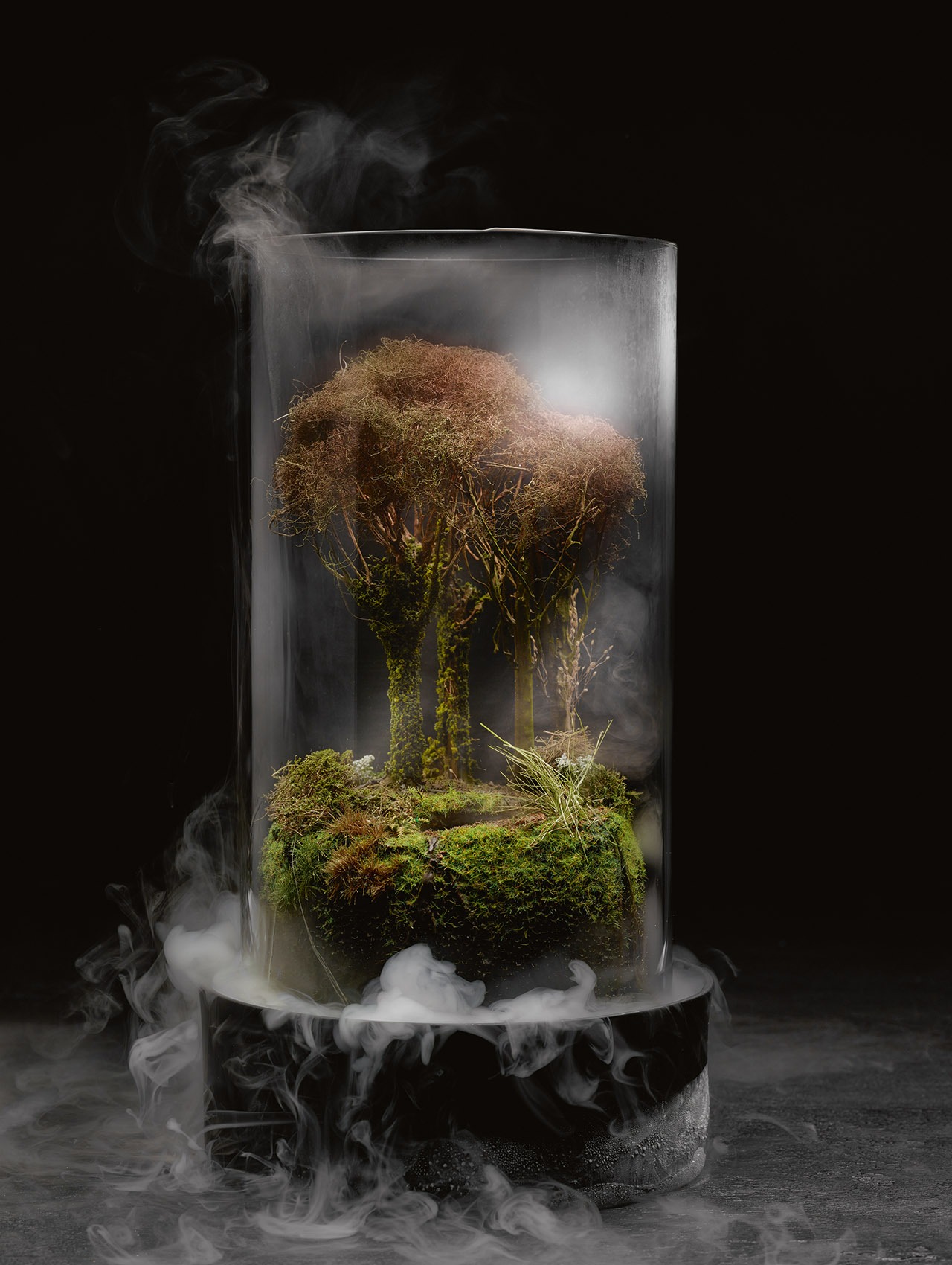 Heston Marc Blumenthal born 27 May 1966) is a British celebrity chef, TV personality, and food writer. Blumenthal is regarded as a pioneer of multi-sensory cooking, food pairing, and flavor encapsulation. He came to public attention with unusual recipes, such as bacon-and-egg ice cream and snail porridge. His recipes for triple-cooked chips and soft-centered Scotch eggs have been widely imitated. He has advocated a scientific approach to cooking, for which he has been awarded honorary degrees from Reading, Bristol, and London universities and made an honorary Fellow of the Royal Society of Chemistry..

Blumenthal calls his scientific approach to cuisine “multi-sensory cooking”, arguing that eating is “one of the few activities we do that involves all of the senses simultaneously”. One of the catalysts for this culinary approach was a visit at 16 to the restaurant L’Oustau de Baumanière in Provence, which at the time had three Michelin stars. The trip prompted a passion for cooking, above all because of “the whole multisensory experience: the sound of fountains and cicadas, the heady smell of lavender, the sight of the waiters carving lamb at the table”. One of the other main inspirations for a multi-sensory style of cooking was the lack of space and opulence at the Fat Duck. “Places like the Baumaniere had a view and history and architecture that took its diners to a world of beauty and indulgence. The Fat Duck didn’t have any of that, so it had to capture the diners’ imagination in a different way – taking them to the mysteries of flavor perception and multi-sensory delight.”

The event that cemented Heston’s interest in this area was his creation of a crab ice cream to accompany a crab risotto. “People had difficulty accepting Crab Ice Cream, yet if it was renamed “Frozen Crab Bisque”, people found it more acceptable and less sweet. The phenomenon was subsequently researched by Martin Yeomans and Lucy Chambers of the University of Sussex, who served test subjects a version of Blumenthal’s ice cream flavored with smoked salmon, but told one group they would be tasting ice cream and the other that they would be tasting a frozen savory mousse. Although all consumed identical food, those eating what they thought was savory mousse found the flavor acceptable while those eating what they thought was ice cream found the taste salty and generally disgusting. For Blumenthal, this confirmed his ideas. “If something as simple as a name could make a dish appear more or less salty … what effect might other cues have on flavors and our appreciation of them?”

Since that point, exploring the sensory potential of food – via both research and the creation of new dishes – has been an ongoing and characteristic strand of Heston’s cooking. In 2004, working on a commission for the photographer Nick Knight, he created a Delice of Chocolate containing popping candy and took the imaginative step of arranging for diners to listen on headphones to the little explosions it made as they ate – the first time such a thing had been done.. Professor Charles Spence, head of the Crossmodal Research Laboratory at Oxford University has conducted several experiments into how our sense of sound can affect the perception of flavor. In one experiment, test subjects consumed an oyster in two halves: the first half was accompanied by maritime sounds, the second by farmyard sounds, and they were then asked to rate pleasantness and intensity of flavor. It was found that oysters eaten while listening to seaside sounds were considered significantly more pleasant. In another, similar experiment, test subjects tasted bacon-and-egg ice cream while listening to the sounds of bacon sizzling, followed by tasting it while listening to the sound of chickens clucking. The sizzling bacon sound made the bacon flavor appear more intense.

In Blumenthal’s view, experiments such as these show that our appreciation of food is subjective, determined by information sent by the senses to the brain: “the ways in which we make sense of what we are eating and decide whether we like it or not depend to a large extent on memory and contrast. Memory provides us with a range of references – flavors, tastes, smells, sights, sounds, emotions – that we draw on continually as we eat.” His dishes, therefore, tend to be designed to appeal to the senses in concert, and through this to trigger memories, associations, and emotions.. Thus the Nitro-poached Green Tea and Lime Mousse on the Fat Duck menu is served with a spritz of ‘lime grove’ scent from an atomizer; and the Jelly of Quail dish includes among its tableware a bed of oak moss, as well as accompanied by a specially created scent of oak moss that is dispersed at the table by means of dry ice.

The most complete expression to date of his multisensory philosophy, however, is probably the dish ‘Sound of the Sea’, which first appeared on the Fat Duck menu in 2007. In this, ingredients with a distinctly oceanic character and flavor – dried kelp, hijiki seaweed, baby eels, razor clams, cockles, mussels, and sea urchins – are fashioned into a course that has the appearance of the shore’s edge, complete with sea ‘spume’ and edible sand. It is served on a glass-topped box containing real sand and accompanied by headphones relaying the sounds of seagulls and the sea by means of a small iPod (placed in a conch shell) and earphones. The idea, according to Blumenthal, was one ‘of creating a world, of transporting the diner – through sound, through food, through an integrated appeal to the senses – to another place.