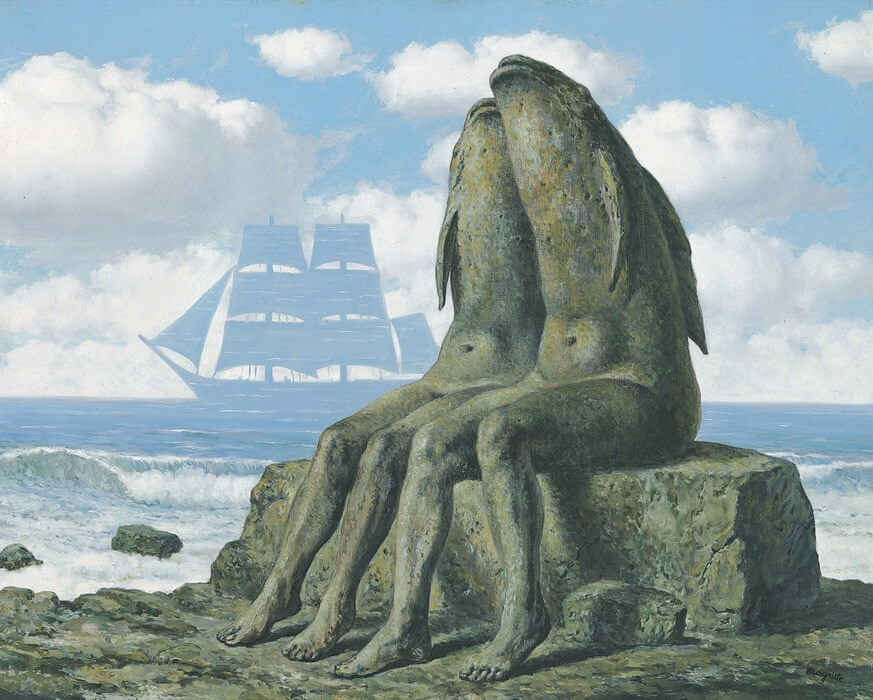 Rene Magritte was an internationally acclaimed surrealist artist of all time, yet it was not until his 50s, that he was finally able to reach some form of fame and recognition for his work. Rene Magritte described his paintings saying, “My painting is visible images which conceal nothing; they evoke mystery and, indeed, when one sees one of my pictures, one asks oneself this simple question, ‘What does that mean?’ It does not mean anything, because mystery means nothing, it is unknowable.”

What happens in Magritte’s paintings is roughly the opposite of what the trained mind is used to expect. His paintings violate the intricate compromise between mind and life. In Magritte’s paintings, the random state of world consciousness is transformed into a single will “between the hidden visible and the apparent visible.” Suzi Gablik suggests that “Magritte’s paintings are a systematic attempt to disrupt any dogmatic view of the physical world. By interfering with a conceptual paradox, it makes ordinary phenomena inherent unusual and improbable conclusions. The transformation of a modest apple into an imposing boulder by Magritte also reflects the enduring influence of the metaphysics of the Italian painter Giorgio de Chirico on his work. De Chirico’s paintings, such as Le Chant d’amour, 1914, which were a landmark discovery for Magritte in the early years of his career, depict insignificant objects such as a ball or glove as monumental symbols with a mysterious and ultimately indefinite meaning. Likewise, Magritte gives the apple its rock-related qualities such as heaviness and immobility, creating a seemingly lasting monument to what is usually a perishable food product.

Everything we see hides another thing, we always want to see what is hidden by what we see. ”