failure is a step forward on the way to success-ARD 549
1086
post-template-default,single,single-post,postid-1086,single-format-standard,bridge-core-3.0.5,qode-page-transition-enabled,ajax_fade,page_not_loaded,,vertical_menu_enabled,qode-title-hidden,qode_grid_1300,qode-content-sidebar-responsive,qode-theme-ver-29.2,qode-theme-bridge,disabled_footer_top,disabled_footer_bottom,qode_header_in_grid,elementor-default,elementor-kit-972 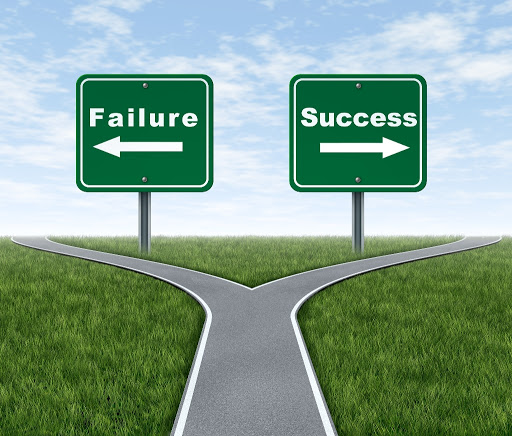 Success evokes positive emotions and makes us think of ourselves as a causative and valuable entity, socially desirable. The event as such becomes the basis for inference about our own subject. The situation begins to evolve in us as information about our e.g. intelligence or professionalism. “I’m so great,” I start to think.

A single failure or a series of failures – an unsuccessful relationship, a low grade in an exam or a lack of promotion – in turn causes negative emotions. Otherwise, rightly so, because only thanks to them it can become a developmental and valuable lesson. They pinch us and push us to analyze ourselves. The mistake requires you to rethink what I did. Unfortunately, we do not do well to consume failure, i.e. to draw conclusions from it.
Failure is inherent in life. Each of us makes mistakes, makes wrong decisions, and makes inappropriate choices. Failure hurts, causes negative emotions and can encourage us to make far-reaching negative generalizations, but failure teaches. It teaches much more than success.
Failure is only position information that tells you where you are on your way of becoming yourself.
Failure is nobody’s fault – to be useful, analyzing failure cannot be reduced to analyzing factors or defining someone’s fault.
Errors and failures are to a small extent culpable, because most often they are the result of many variables – those we have influence and those that are completely outside our sphere of action and influence. Focusing on the analysis of guilt forces us to take the role of the accuser, while the role of the mentor is a much more valuable role in the development process.
Failure is a value in our lives because it communicates the state of affairs – it describes the state of our knowledge and skills, and what we lack, what we have not yet achieved, what we need to improve or change. The easiest way is to reduce the failure message to the English words “not yet”. You just haven’t met the right person yet, or you don’t know everything that is required for a CEO position yet. Thanks to failure, you already know what you can do and what is a challenge.

We learn to react with anger or aversion to failure. We perceive the message that we are losing, have a weaker assessment or a smaller budget as a social message about weakness. At school, we had to achieve specific results (which is symbolized by the obtained grade), after all, no one appreciated us for the work put into achieving them. So today we do not analyze our results on a continuous line, we do not notice any increase in skill – we see only one dry result and our position in the ranking: a trader, manager, attractive woman or the author of a photo on FB. A poorer result is a message that others are better. And yet we have to be the best!

Carol Dweck – author of “The New Psychology of Success” – believes that result orientation forces us to constantly compare ourselves with others, and the success itself brings us to a place in the ranking. It also makes us look for the reasons for our successes and failures in our own innate qualities (“I’m hopeless because I didn’t win” or “I’m brilliant because they chose me as their manager”). However, if we constantly follow the results of children or employees, i.e. we necessarily compare them in rankings, then we only learn to compete, we consolidate the image of the world as an arena where only one can win – the best. In other words, on this occasion we teach the fear of failure. This is a dead end! Failure teaches the most.

A completely different approach is much more effective – focusing on continuous development, on being better every day. We must then assume that we are constantly changing and the goal is to constantly improve (not be the best). Our mind, like our body, can undergo constant training and work. Then success or failure is another challenge, information about what I have already achieved and what is still ahead of me.

Focus on growth is a winning strategy because it allows you to risk and experience mistakes without looking to blame. It allows you to like and respect yourself

Self-esteem implies the ability to learn from one’s mistakes. I am valuable and have the right to make mistakes. So before the next time you start judging yourself as guilty of failing or looking to blame for your failure, try telling yourself:

You don’t always have to win.
You don’t always have to be in top gear.
You don’t need to know everything.
Don’t be ashamed to make a mistake – it’s a shame not to draw conclusions from it.
Everything is changeable, this moment is a moment – you can distance yourself.
Every emotion has an end, including the difficult one.
Live in the moment in every moment.
Everything has its meaning – the one you give it.

Sticky notes, Teflon and even ice lolly – all inventions mentioned are the result of failure. A mistake that made it impossible to remove the ice cream stick, or the glue, which turned out to be too weak – the sticky notes could be easily torn off.

Even the Leaning Tower of Pisa is an example of how an architectural failure can be successfully turned into a success that attracts millions of tourists from all over the world each year.