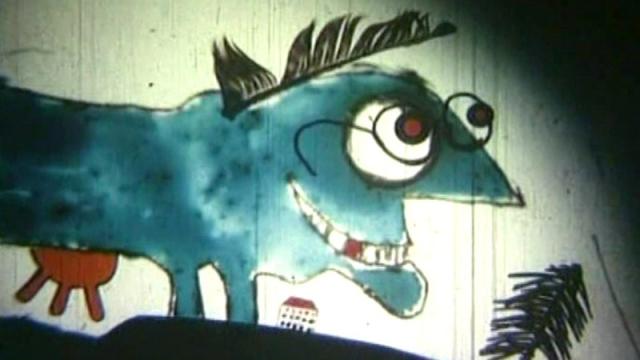 How the dachshund works – Polish animated short film by Julian Antonisz- Polish visual artist, screenwriter and author of experimental animated films, composer and inventor. The film uses unconventional film techniques such as cut-out, drawing, filming of mixing fluids, as well as scratching images and drawing directly onto film, called the non-camera technique. The music for the film was created and recorded by the director himself. During the film, a commentary is read from behind the frame, similar to documentary films.

In many of his films, Antonisz deliberately employed unprepared amateurs as readers – in the case of How it Works … a ninety-year-old resident of an old people’s home [1], reading with a borderland accent.

The film is a humorous and absurd lecture on the internal structure of the dachshund. By parodying popular science lectures, it also contains a message about the superiority of living organisms over products of technology and calls for care for the natural environment.