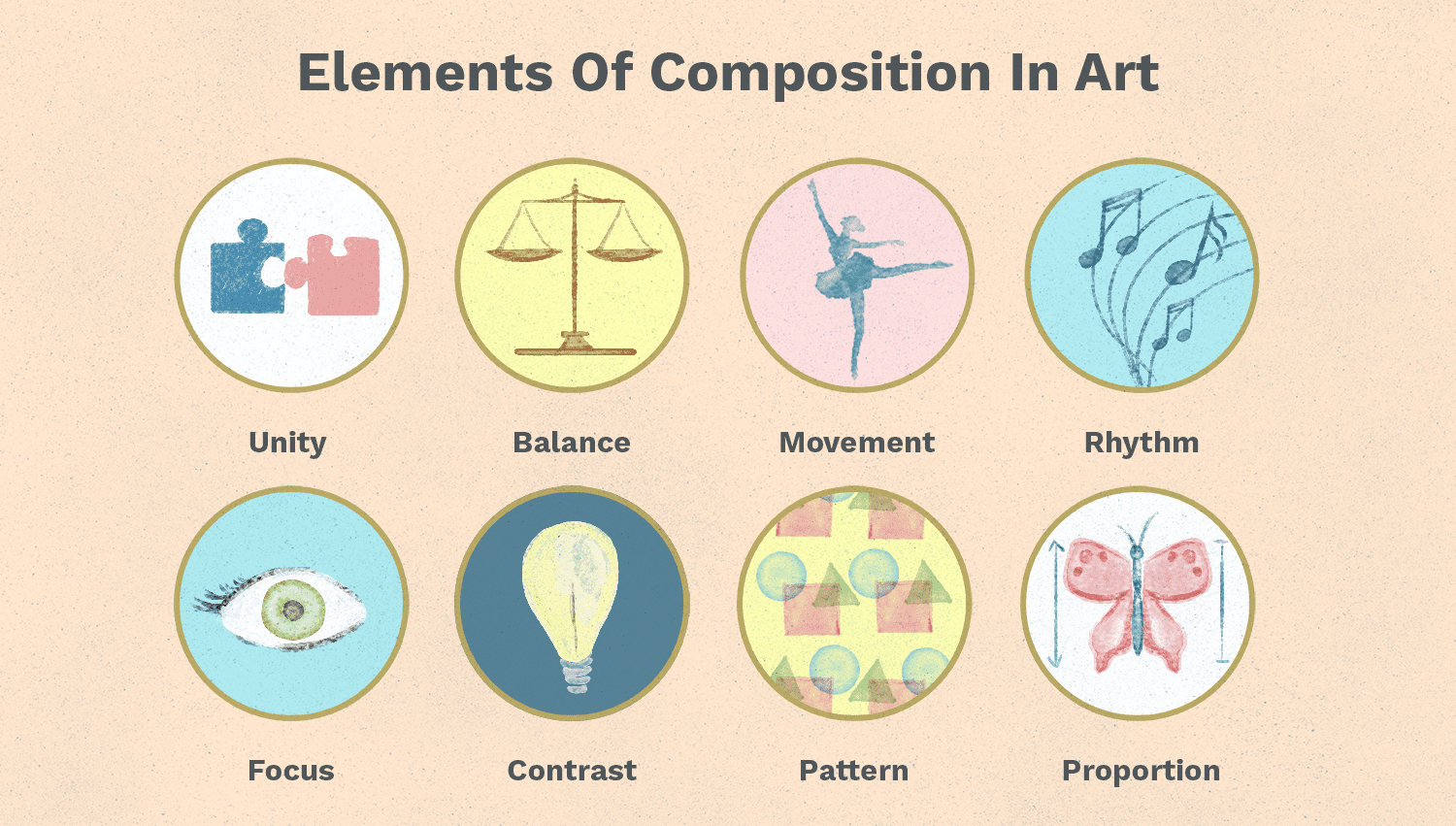 The rules of composition in landscape painting and any other, are only a guide on how to paint to make the picture interesting. We don’t always know why we like a given image and it has this “something”. Most often, however, success comes from applying the rules of composition that are worth knowing. Therefore, I present these principles once again in the points:

The main point of the picture

Each scene should have a star that focuses the viewers’ eyes. The rest are supporting and background elements.

You should avoid scattering dominant elements in different places of the picture, as they will compete with each other and the viewer will look from one to the other and will not know what to look at.

Lines in the image

The viewer’s eyesight goes along the longest and dominant line.

If the line extends to the edge of the image, your eyesight will move beyond the image and the viewer will lose interest.

How to avoid it:

In the foreground, it is good to create a resting place for the eyes, bright and empty
Some tips on how to improve the image:

instead of mixing the paints on the palette, let them mix in the eye of the viewer. If we use 3 colors as a texture for an element, it looks great if, when viewed from a distance, they create a different shade together.
There should be no more than 3 colors in one element. No more than 3 colors should be mixed together.
for the image to be harmonized, it is worth repeating the same colors in different places. An image looks unnatural if an element is painted with one color that does not repeat itself anywhere in the image.
You should not use the same color in the background as in the foreground as it will look as if there are holes in the foreground
cold and warm colors become stronger if they are adjacent to each other
cold colors move closer and warm colors bring you closer
the paint applied thickly gives the impression that the color is lighter
it is not possible to use as many color tones in the picture as in nature. Therefore, in order to get strongly sunlit places, you need to use the contrast, that is, significantly darken the adjacent areas.
It is important not to follow nature blindly. If we paint a picture from a photo or from nature, it is worth slightly improving what we see in nature. For example, if we see two round shrubs next to each other, they will not look good in the image, even though they are in nature.