ARD 517- The power of the old masters
1527
post-template-default,single,single-post,postid-1527,single-format-standard,bridge-core-3.0.5,qode-page-transition-enabled,ajax_fade,page_not_loaded,,vertical_menu_enabled,qode-title-hidden,qode_grid_1300,qode-content-sidebar-responsive,qode-theme-ver-29.2,qode-theme-bridge,disabled_footer_top,disabled_footer_bottom,qode_header_in_grid,elementor-default,elementor-kit-972 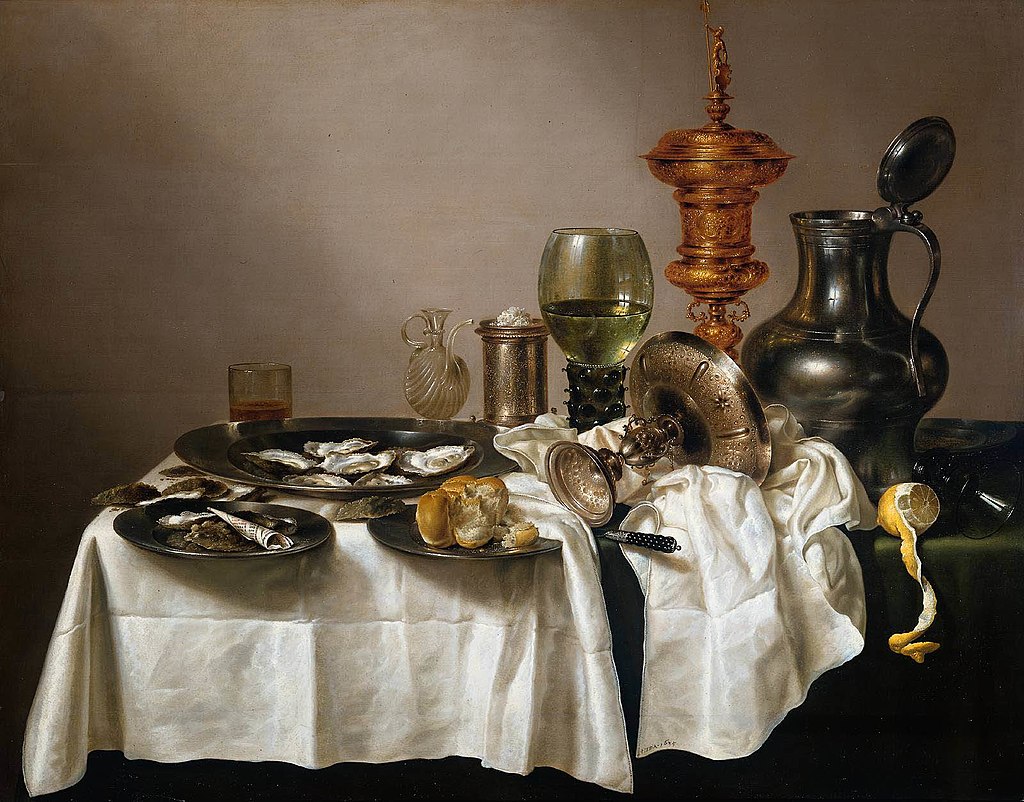 In the art of the Middle Ages and Renaissance, still life most often accompanies other scenes and had a symbolic meaning contained in the objects presented in the painting. A few separate projects should be devoted to the symbolism of individual elements accompanying the depicted scenes, but this time they will not be the subject of consideration.

Sixteenth-century Italy as well as Flanders and the Netherlands of the Baroque period became the homeland of the final development of the still life. The previous interest in the subject in Dutch art, visible in the 15th century, could now mature in a separate genre.
Merchants, who knew the material value of beautiful objects very well, contributed to the separation of the object from the entire composition of the painting. Thanks to them, many types of still lifes developed, among them were those depicting game, fish, shells, still lifes with bouquets of flowers, meat, kitchen utensils, tableware. One thing is certain, all works of this genre, created in full baroque wealth and richness, are characterized by outstanding realism of the shot, almost tangible objectivity of form. Flemish painters expanded the still lifes by introducing new compositions, such as kitchen interiors, hunting trophies with an impressive color scale, dynamics, and great amount of details.

It is one of the few paintings by the artist whose subject is exclusively still life.

Michelangelo da Caravaggio at the age of 22, unknowingly, became the creator of an innovative genre in painting – still life. The artist presented a basket full of earthly fruits: here are brushes of ripe grapes and many fig trees, there are apples and pears. The composition is lit diagonally on the left, which, combined with the illusionistic representation of a wicker basket and the spherical fruit, gives the impression of three-dimensional and spaciousness. The viewer’s attention is drawn to the naturalistic and meticulous details, the richness of details, and the transparency effect, especially visible on crumbling leaves. The background is neutral, pale, and stretched upwards, without any detail. A woven basket filled with ripe, partly rotten fruit seems to protrude slightly from the frame of the picture. The artist presented an apple with traces of insect feeding, peaches, pears, quinces, and four groups of grapes differing in color. The whole is complemented by dry and crumbling leaves with clear spots caused by fungi
Caravaggio opened up all the issues typical of Baroque painting. The novelty that appeared in the painter’s work was, above all, the return to studies of nature. Caravaggio was one of the few artists who understood nature and its phenomena in a direct and vivid way. He displayed many emotions and feelings. He registered the surrounding reality without any prejudices, freely, with photographic reality, without any conventions. Probably the artist himself did not suspect that he would become a creator worth following, who introduced new conventions into European painting of the 17th century
“A basket with fruit” by Michelangelo Merisi da Caravaggio is for me a painting that looks as if it was just removed from the wall in the kitchen or dining room. An extremely universal image, suitable for everyone. The central part of the canvas is occupied by a large basket filled with fruit. Shiny, ripe and sweet fruit. Decorated in warm, sweet colors with honey-colored light of an unknown source.

In this work by Caravaggio, everything is like in life – everything flows and everything changes, instead of lush freshness comes the inevitable corruption and death. The master does not stop only at the most accurate picture of life, here for the first time a noticeable intense play of light and shadow appears: the bright light from the left above gradually turns into a shadow in the lower right corner – Caravaggio,

Dutch painter,
Hedy’s specialty was painting richly laid tables with elements of meals and tableware. The painter’s compositions are almost monochromatic, with a gray-greenish shade. The artist used a balance of shadow and light and emphasized reflections on painted objects. He used glaze paints, focusing on the perfect rendering of details and the atmosphere of intimacy specific to him.

Dutch painter of the Baroque period.

After traveling to Italy, he joined the painters’ guild in Haarlem in 1610; he was its manager in 1637.

He painted modest meals, showing motifs of blocks of cheese, loaves of bread, fruit on scarves and goblets, glasses of wine, and scattered nuts, evenly distributed over the entire space of the painting on the tabletops covered with a white cloth.

Dutch baroque painter specializing in still lifes. Jan Davidsz de Heem painted only still lifes, his work was initially influenced by Dutch painting. He created austere, almost monochrome compositions, touched upon vanity themes, and painted mainly skulls, hourglasses, books, musical instruments, and writing and smoking utensils. His early works were usually moralistic. During his stay in Antwerp, the artist was influenced by Flemish painters, especially Frans Snyders, Daniel Seghers and Adriaen van Utrecht. This resulted in a change of the subject of the paintings, the painter began to create rich flower arrangements, depicted fruit in expensive vessels, located in a refined and delicious environment. He enriched and brightened the palette, began to place landscape motifs in the background. He was the author of a new type of forest landscape, the main element of which was a large plant and flower still life located centrally.

The artist created his own and unique style combining elements of both Flemish and Dutch painting. He had numerous students and followers, and his works were inspired by, among others Jacob Marrel, Cornelis Mahu, Georg Flegel, Abraham Mignon, Maria van Oosterwijk and Rachel Ruysch

He was the nephew and apprentice of Pieter Aertsen. In 1560, he was accepted into the guild of St. Luke.

He mainly painted market and kitchen themes, in which he often placed scenes from the New Testament in the background. He also created landscapes and independent religious paintings.