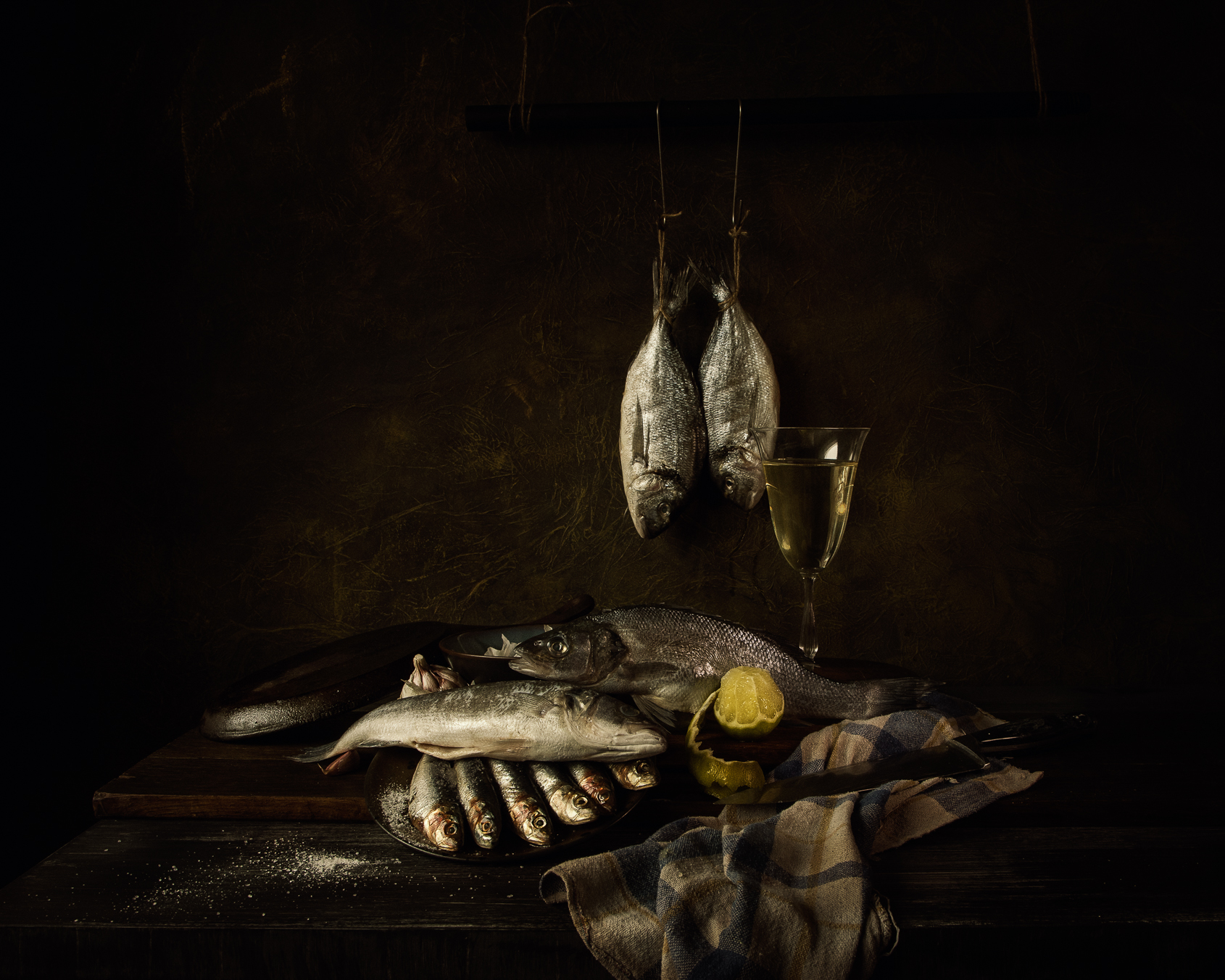 Today’s photos are inspired by the works of the Spanish painter of still lifes from the 18th century Luis Melendez (1716-1780) His mastery of composition and light, and remarkable ability to convey the volume and texture of individual objects enabled him to transform the most mundane of kitchen fare into powerful images, and Jean Baptiste Siméon Chardin (2 November 1699 – 6 December 1779) was an 18th-century French painter. He is considered a master of still life, he is also known for his genre paintings that depict maids, children, and household activities. His work is characterized by a carefully balanced composition, delicate light scattering, and a grainy impasto.

Creating a still life with fish, I had to start by creating a background. It’s definitely easier to achieve the desired color result on the wall than after a long Photoshop fun.
Initially, the goal was to create a composition as close as possible to the original. However, after a few unsatisfactory attempts, I started working on my own interpretation of the painting.

This is my final choice.