ARD 517- Composition and chiaroscuro-MY TESTS PART III. Vanitas according to the masters of painting
1699
post-template-default,single,single-post,postid-1699,single-format-standard,bridge-core-3.0.5,qode-page-transition-enabled,ajax_fade,page_not_loaded,,vertical_menu_enabled,qode-title-hidden,qode_grid_1300,qode-content-sidebar-responsive,qode-theme-ver-29.2,qode-theme-bridge,disabled_footer_top,disabled_footer_bottom,qode_header_in_grid,elementor-default,elementor-kit-972 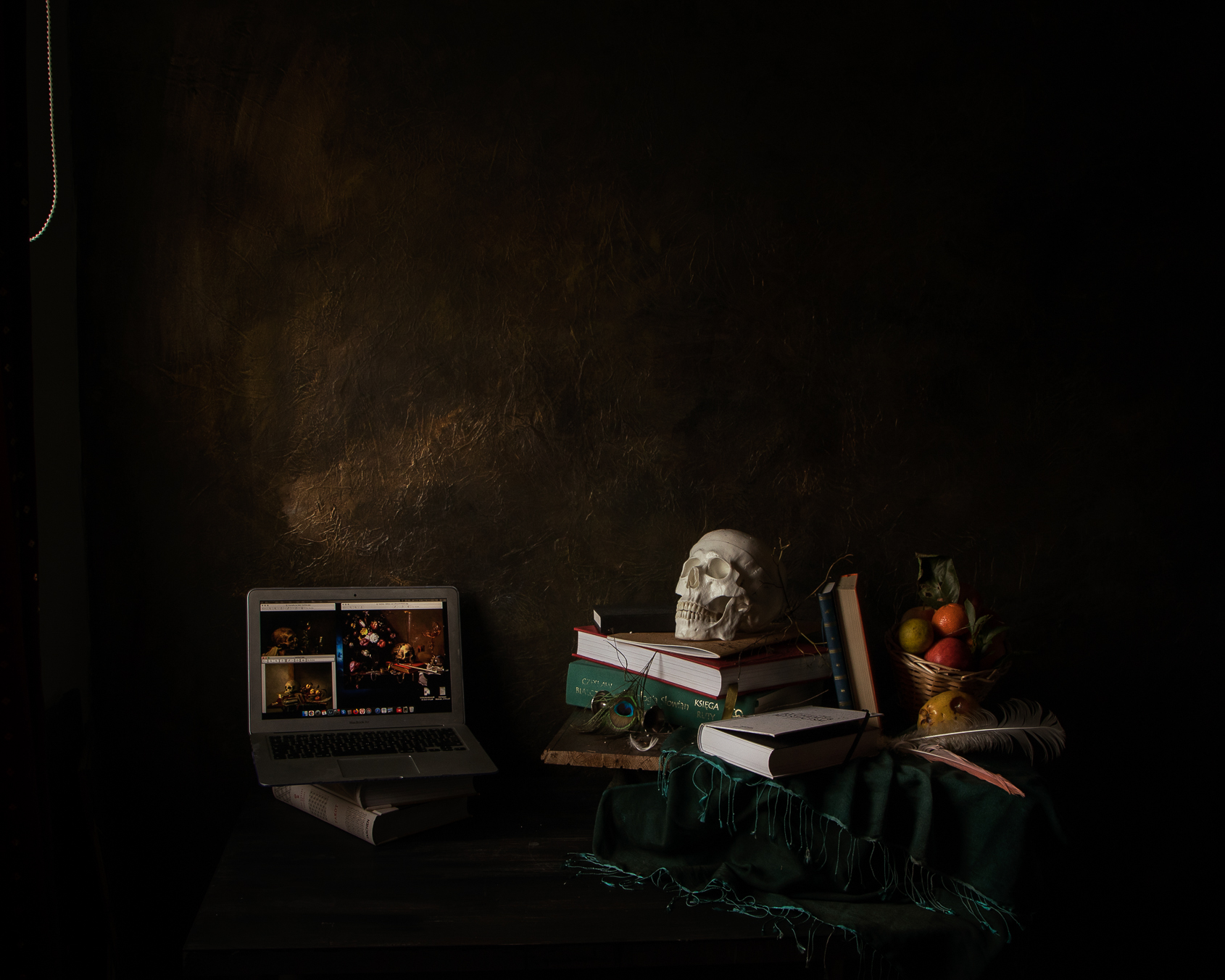 08 Mar ARD 517- Composition and chiaroscuro-MY TESTS PART III. Vanitas according to the masters of painting

Today I decided to work with the composition and chiaroscuro according to the rules of the Flemish Baroque masters of the brush. I have choosen a painting one by Harmen Steenwijck from 1646.

Harmen Steenwijck or Harmen Steenwyck (1612-1656) was a Dutch still life painter from the Golden Age. Among the leading Dutch realist artists from the Delft / Leiden school, Harmen Steenwyck became one of the best still life painters of his time, specializing in painting the genre of vanitas still life in the early years of Dutch realism (c. 1600-80) in the Protestant Netherlands. In the field of still life, he ranks next to his uncle David Bailly (1584-1657), as well as other outstanding painters such as Jan Davidsz de Heem (1606-83), Pieter Claesz (1597-1660), Willem Kalf (1622- 93) and Willem Claesz Heda (1594-1681). He is best known for his masterpiece “Allegory of the Vanity of Human Life” (1640, National Gallery, London). Other unique paintings by Harmen Steenwyck are: “Still Life with Skull, Books, Flute and Whistle” (1646, Kunstmuseum Basel); “Still life with a clay jar, fish and fruit” (1652, Rijksmuseum, Amsterdam); “Still life with fish in a colander, peaches, a bucket, blueberries and a cucumber” (1652, Rijksmuseum, Amsterdam).

I started up with an empty table. And started stacking my composition. Again I did not have the exact items, so I have used an object from my house. (and Stefan the Skull – he arrived yesterday). I moved around a little to find the best composition. I finally settled on this one. I have left my dark background on it.

I after shooting I moved my work to photoshop where I adjusted the highlights, shadows etc. I worked a little bit with dodge and burning it to emphasise the painterly feel and added a color fill layer on soft light to affect the temperature of the colours.

By moving my curtain I have created a more direct lighting here (right image) which gave me more control over the shadows and created a more painterly feel overall.

I moved some things around changing the composition, and created some variations of the image.

I am very happy with what I have done so far, and now that I have understaning of composition and light and shadow work I feel I can now move onto creating my own images, and start creating the final series.