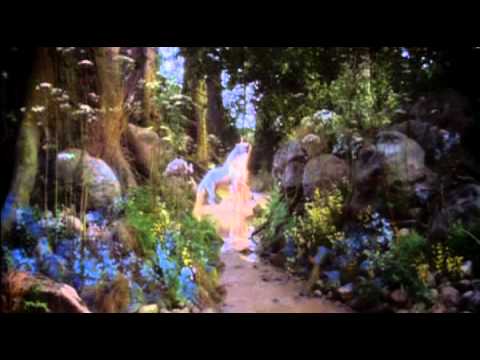 Posted at 08:40h in ARD 416 Media and Techniques by Beata Skorek 0 Comments

The final song selection for my project is “Songs from the Wood” by Jethro Tull. The song is also the title song of the album from 1977. The album full of references to folk culture and fantasy was a significant departure from the previous hard rock sound, which, however, was still palpable. My choice is a consequence of the ARD-415 project that led me into the world of my memories and what was important at different times in my timeline. Jethro Tull was then one of the most important music bands shaping my sensitivity and aesthetics

A beautiful, poetic text on a topic about the beauty, power and magic of nature, gives great visual possibilities to create beautiful images. I would like to lead my project through inspirations from several films.

The first is the movie Ridley Scott’s “Legend” from 1985. Is a really good fantasy movie piece. Despite his age, he can still impress, and the path of Jerry Goldsmith is considered one of the best in his career.

The plot of the film was set in a world of goblins and gnomes, in which the evil ruler of Darkness wants the world to be in darkness forever. To do this, he sends his subjects to kill the last two unicorns. I manage to kill one of them and kidnap Princess Lily. Her beloved Jack, together with the ghost of the forest Gump and his friends, sets off on an expedition to retrieve Lily and prevent the last unicorn from being killed.
Stars such as Tom Cruise and Tim Curry were involved in the production.

Scenography, decorations and atmosphere take us a wonderful forest world, where powerful magic happens. See despite the passage of so many years, he still has the impression that he is staying in this wonderful magical forest.

The second one is “Labyrinth” Jim Henson`s from 1986 is a masterpiece of cinematography. One of the most beautiful fairy tales ever made. Colourful, full of music, various monsters, with an idea, technically refined, with a high level of impact on our imagination.

“Labyrinth” is the story of Sarah, a 15-year-old American woman who walks with her head in the clouds and dreams of a great adventure. The birth of her brother somewhat crosses her plans, so the teenager did not like the baby too much. However, when the boy is kidnapped by the Goblin King, Jareth, Sara enters the magical “Labyrinth”, in which he not only survives the adventures she has dreamed of but above all grows up. Because is primarily a story about the loss of innocence and entering adulthood.

Irritated the next evening, spent caring for her younger brother, Sarah – a teenager with a wild imagination – calls for help from the goblin from his favourite novel “Labyrinth” to take her brother. When it turns out that the wish came true and little Tobey really disappeared, Sarah follows him into the world of fairy tales to free him from the paws of the malicious goblin king (Bowie), who is guarded by the castle itself – a real maze of deceptions and illusions inhabited by unusual creatures, full of unknown dangers. To get through it and make it, because she got 13 hours to find Tobey, she must outsmart the king, make friends with the creatures met along the way, and hope that their loyalty is not yet another illusion in a place where nothing is what it looks like. If he fails – Tobey will be turned into a goblin and will remain forever.

Thirt one is “Labyrinth of faun” (film from 2006) work by Guillermo del Toro. This film perfectly mixes the fantastic world of childhood fantasy with the brutal world of adults plunged just after the Spanish Civil War in 1944.

The filmmakers, in terms of the world of fairy tales, focused not on quantity but on quality. The title faun is a technical masterpiece, the way he moved, behaved such an upgraded Gollum. But in addition to the cool look, it had an amazing atmosphere, and this probably counts the most. His behaviour and what he said gave the impression of great realism and some depth.

The rest of the fairy-tale characters and places are also visually beautiful, and all this together gave a very captivating vision of the fairy-tale world. The second dimension of reality is the real world, which nobody wants to see. Although almost all of the film’s action takes place in the real world, it was still an interesting part of the film. Ofelia’s conflict – her stepfather Vidal and partisans – the fascist power represented by Captain Vidal was very interesting. The film is not a beautiful fairy tale, with a fantastic world of forest sprites and creatures, fighting evil and winning at the end. However, the fantastic world in which the main character escapes is extremely beautiful and inspirational.